Day of the Imprisoned Writer

The Day of the Imprisoned Writer (15th November) is a chance for writers and PEN centres to stand in solidarity with at-risk or imprisoned writers everywhere.

15th November is the Day of the Imprisoned Writer, a chance for writers, Scottish PEN, PEN International and PEN centres around the world to stand in solidarity with at-risk or imprisoned writers everywhere. Too often writers, including journalists, novelists, playwrights, poets, translators and publishers, are censored, threatened with violence, attacked, imprisoned or murdered, solely for speaking out and speaking up.

“Be they poets, investigative journalists, short-story writers, lyricists – writers are under siege across the world. PEN’s focus cases for this year’s Day of the Imprisoned Writer highlight continued and sinister efforts from Mexico to Egypt to Turkey to silence writers and curtail freedom of expression. It is also a day of global mobilisation to stand in solidarity with writers who have had their freedom taken away for speaking truth to power. It is a day when we say to those who target writers and journalists that we will not let them be silenced.“

The Day of the Imprisoned Writer was started by PEN International’s Writers in Prison Committee in 1981, and since then PEN centres have used it to call for the release of imprisoned writers, better protections to those threatened with violence and justice for the writers who have been murdered for their work.

Our online event is being led by the Scottish PEN Writers at Risk group, and will feature readings from PEN members and guests relating to the cases of:

Learn more about the threats faced by these writers and their colleagues, and other writers around the world, while having the opportunity to hear readings of their work, and responses to their work.

Information about event panelists will be shared shortly.

While tickets are available for free, we would appreciate any donations to support our work. You can contribute here.

At Scottish PEN, work to mark the Day is led by our Writers At Risk Committee. You can find out more about their work here.

In previous years, Scottish PEN has brought together leading Scotland-based writers to pen letters of solidarity to at-risk and imprisoned writers in Turkey, Sri Lanka, Mexico, Uganda, Egypt, India and in detention in Papua New Guinea (as part of Australia’s immigration programme).

To read these letters of solidarity click the links below:

Every year, and at every Writers at Risk Committee event, we present an empty chair. This is a potent symbol of the absence of all at-risk or imprisoned writers. The Empty Chair does not just symbolise individual writers, instead it symbolises every writer who has been prevented from joining us, either by censorship, prison or violence. By having an Empty Chair at our events we are making present the absence of all writers who have been persecuted for their work. 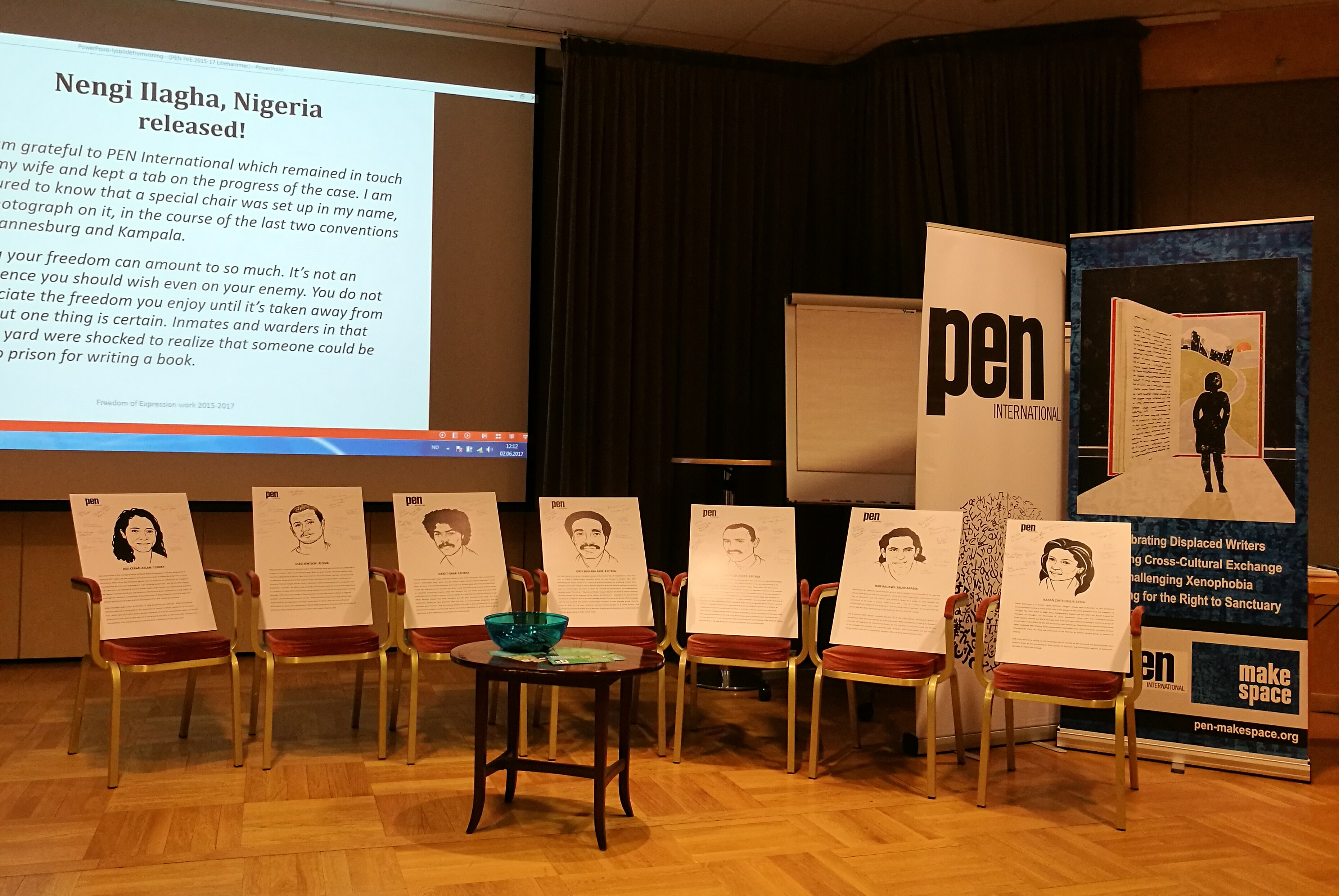