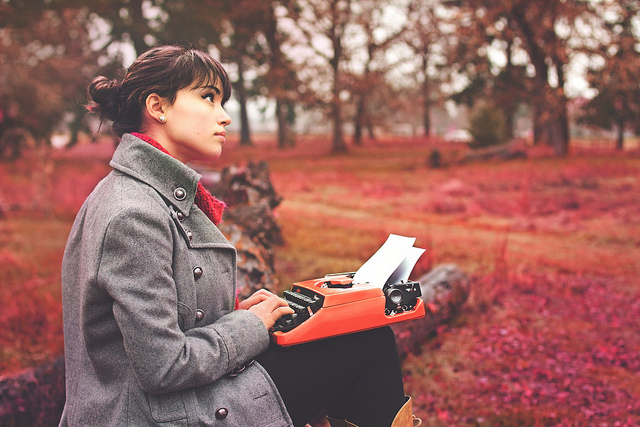 “Publishing is a women’s world”: Gender inequality in the writing industry

Despite men only making up 26% of the workforce, Publisher’s Weekly found that they made up 49% of management. Publishers are perhaps taking the maxim “the best man for the job” a little too literally.

Publishing is a women’s world. According to a survey by Publisher’s Weekly, in 2014, women made up 71% of the publishing workforce in the US. In the UK, women buy two thirds of all books sold. When I was working on my book, Do It Like A Woman, I was supported by an all-woman team: my agent is a woman, my editor was a woman, my publicist was a woman.

You might think then, that publishing, at least, represents an oasis of equality in a world of sexism. Sadly, you’d be wrong.

Despite men only making up 26% of the workforce, Publisher’s Weekly found that they made up 49% of management. Publishers are perhaps taking the maxim “the best man for the job” a little too literally.

Last year, Catherine Nichols emailed 100 agents with a synopsis of her novel and the opening pages of her manuscript. The query letters were all exactly the same, except for one crucial difference: 50 of them were sent by Catherine; 50 were sent by her male alter ego. Her finding? When she submitted as herself, she received two manuscript requests. When she submitted identical material as a man, she received seventeen manuscript requests. “He is eight and a half times better than me at writing the same book”, she commented. Turns out the best man for the job was also a man in this case. Funny, that.

Author Nicola Griffith conducted an audit of the past fifteen years of books that won the Pulitzer Prize, Man Booker Prize, National Book Award, National Book Critics’ Circle Award, Hugo Award, and Newbery Medal. She found that the overwhelming majority of prize-winning books were by men. No surprise there, perhaps, but the rabbit hole went deeper: when Griffith looked at the gender of the protagonist, she found that the overwhelming majority were male. In fact, over the fifteen years of prize-giving, the Pulitzer was awarded to a book with a female protagonist a grand total of zero times. Even the best man for the job of protagonist is a man.

So what’s going on here? Are men really the best men for the job?

V.S. Naipaul would certainly contend that they are. “I don’t think so”, was his response to being asked if any woman could ever be his literary match. He particularly singled out Jane Austen as an example of what is wrong with women’s writing: “sentimental” and “narrow”. It is not the first time Austen has been minimised in this way: Churchill famously damned her with faint praise, when he commented on the “calm lives” of her protagonists, who had “No worries about the French Revolution, or the crashing struggle of the Napoleonic Wars.”

The supposed narrowness of stories about women is a routine criticism. The Guardian review of recent film release Suffragette, complained that it did not mention the First World War. The film covered class, sexual violence, police brutality, married women’s lack of financial independence, and the fact that a woman could unilaterally lose her home and her children at her husband’s say-so, not to mention the central theme of women’s against-the-odds struggle for political representation. But the lack of mention of the First World War meant that it was “peculiarly hermetic”. You could equally usefully complain that Wolf of Wall Street did not mention the Gulf War. Of course, no-one did.

It’s the universality that is the issue here. Political journalist Gaby Hinsliff recently observed that when she writes about an issue affecting primarily women, she ends up with an “inbox full of men raging that it’s not about them.” When she writes about men, however, “weirdly women [are] not bothered.” This may have something to do with men being more likely to write in – but it likely has quite a lot more to do with the way men are able to represent humanity, while women can represent only women.

Until recently, the four women included in key stage three of the national history curriculum were relegated to “the changing role of women”. Women don’t partake in history, only women’s history. In 2013, Wikipedia editors moved women from the main “American Novelists” category, to a sub-section called “American Women Novelists”. Men are novelist, women are women novelists. When people ask you what football team you support, you know they aren’t expecting you to answer with a women’s team. They would have specified “women’s football team” if they had.

The best man for the job. May the best man win. These phrases may predate a world in which we at least paid lip-service to the idea that women are as competent as men. But they are still relevant in a world where the default human being is still seen as a man, because while that continues to be the case, the best man for the job is still likely to literally be a man. Because while that continues, women will continue to be seen as niche. As narrow. As relegated to the “women’s” category. As an added (and implicitly optional) extra.