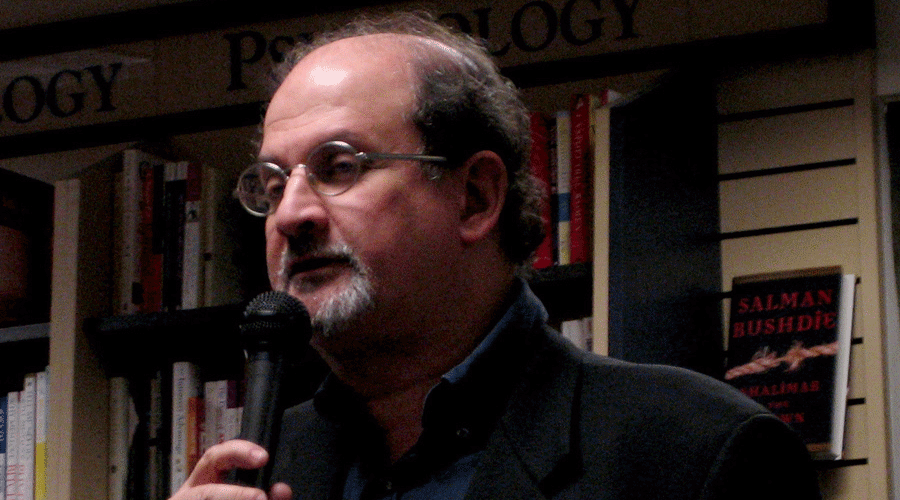 Scottish PEN Statement on the attack on Sir Salman Rushdie and the ensuing threat against J.K. Rowling

The Board of Trustees of Scottish PEN was horrified to learn of the attack on Salman Rushdie in Chautauqua, New York, on 12 August. Our President, Ricky Monahan Brown, immediately joined our colleagues at English PEN in conveying the best wishes of our membership for Sir Salman and offering our solidarity with our friends at […]

The Board of Trustees of Scottish PEN was horrified to learn of the attack on Salman Rushdie in Chautauqua, New York, on 12 August. Our President, Ricky Monahan Brown, immediately joined our colleagues at English PEN in conveying the best wishes of our membership for Sir Salman and offering our solidarity with our friends at PEN America.

Salman Rushdie was the President of PEN America from 2004 to 2006, is the founder of the PEN World Voices Festival, and remains a member of PEN. The members of Scottish PEN continue to follow news of his recovery with deeply held feelings for a fellow human, a writer of immense stature, and a fellow PEN member and passionate advocate for freedom of expression. It was with great joy that we received the news Sir Salman had been taken off a ventilator, was able to speak, and had retained what his family called his “wicked sense of humour”. At the same time, we note that while his agent, Andrew Wylie, has said that Sir Salman is on the road to recovery, that road will be a long one due to the severity of his injuries.

We were pleased to learn that the organisers of the Edinburgh International Book Festival are inviting all the guests at this year’s Festival to begin their sessions with a sentence from one of Sir Salman’s works. Our gathering for the Festival – where Sir Salman has been an honoured guest – both in Edinburgh and virtually across the world, is a reminder of the commitment of the members of PEN International to champion the ideal of one humanity living in peace in one world. We join Festival Director Nick Barley in being inspired by Sir Salman’s courage and thinking of him at this difficult time.

Indeed, we wish to honour Salman Rushdie and Henry Reese, who also sustained injuries while moderating Sir Salman’s event at the Chautauqua Institute, by recommitting ourselves to the principles of the PEN International Charter which Sir Salman has come to embody, and reaffirming our pledge to oppose any form of suppression of freedom of expression in the country and community to which we belong, as well as throughout the world wherever this is possible. The attack on Sir Salman should bring lovers of the written word around the world closer together, and we utterly condemn any use of the attack as an excuse to undermine the principles for which he stands. The recent attack on social media against Scottish PEN member J.K. Rowling is despicable, and she has our unreserved support and solidarity in this matter.

We close by once again offering our very best wishes to Sir Salman and Henry Reese and their families, as well as to our friends at PEN America and to readers and writers wherever they are around the world.