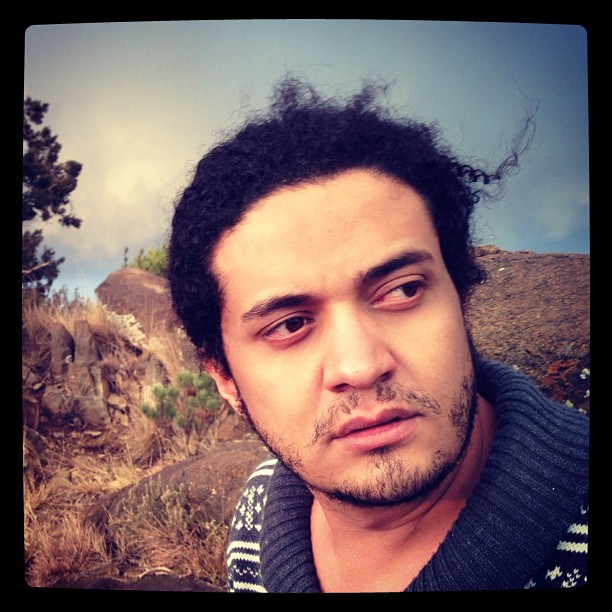 To write on behalf of Ashraf Fayadh you can download the letter to send it yourself.

Ashraf Fayadh is a poet of Palestinian origin who in 2015 was sentenced by a Saudi court to death by beheading for apostasy. This led to an international outcry and organised protest – 128 readings of Fayadh’s poetry took place worldwide, in 47 countries. Three of those events were in Scotland. In a major update, Swedish PEN is reporting that Fayadh was released from prison on 22nd August 2022.

The death sentence was commuted in February 2016, apparently because of the international protest, but the poet still faced a sentence of eight years in prison and 800 lashes.

35 year old Fayadh was born in a refugee camp and doesn’t even have Saudi citizenship. He is not only a poet but an artist and curated a number of shows for the British-Saudi art group, Edge of Arabia, both in Jeddah and at the 2013 Venice Biennale, which showcased an emerging generation of Saudi artists.

An argument in a café with another poet is said to have led to his arrest by religious police, who deemed his ‘Disputed’ poems of 2009 to be atheistic. He was also convicted of having images of women on his mobile phone. He did, but there was nothing salacious in the photos – they were fellow artists who were appearing at the Jeddah art fair.

Ashraf’s father had a stroke when he learned his son was to be beheaded. He died before the sentence was commuted. Ashraf was not even allowed to attend his funeral.