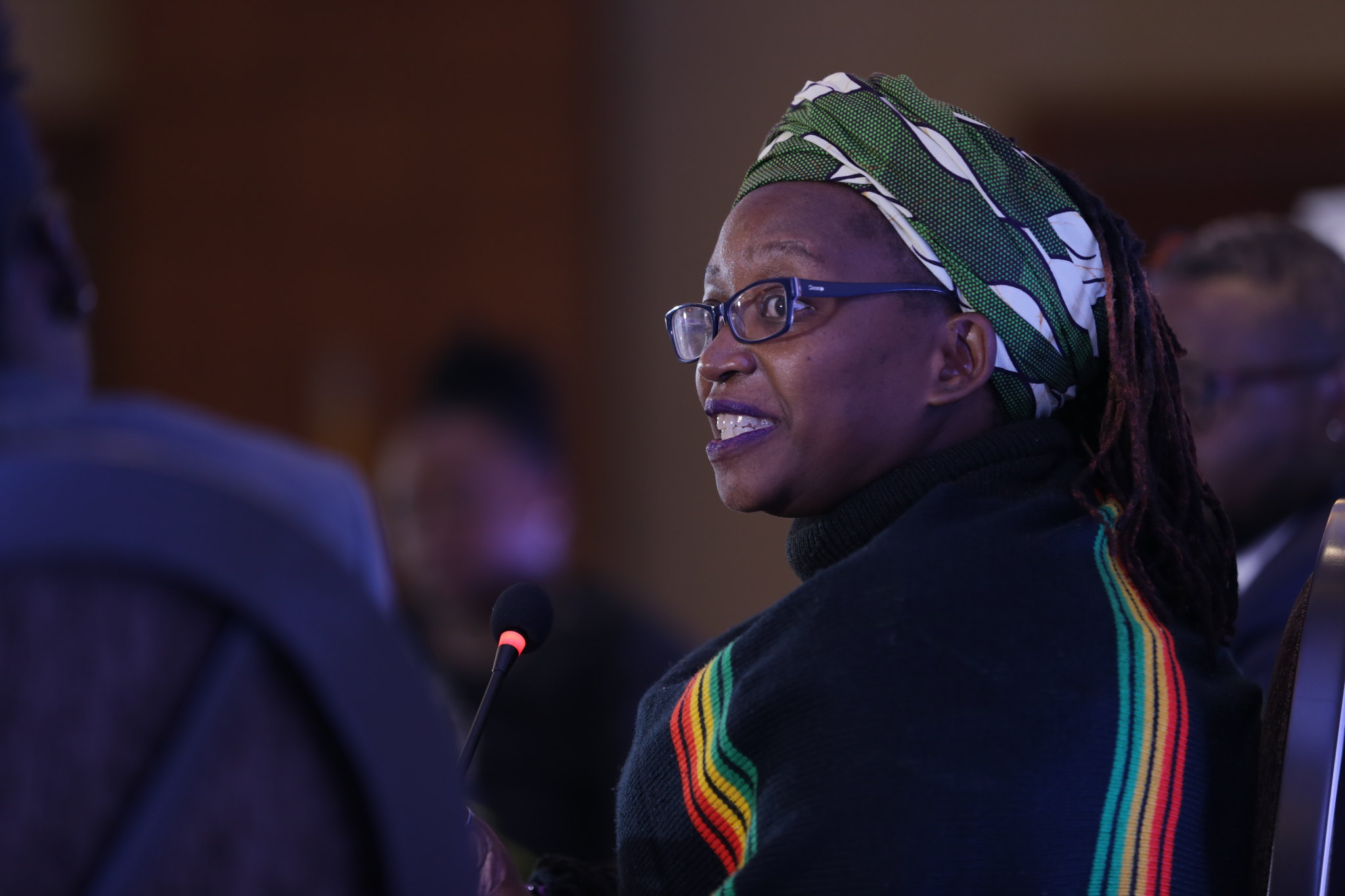 To write on behalf of Dr Stella Nyanzi you can contact the Writers at Risk convener Jane Archer at janearcher22@yahoo.co.uk.

Dr Stella Nyanzi is a fierce public critic of Uganda’s president and a practitioner of “radical rudeness”, a traditional Ugandan strategy for unsettling the powerful through the tactical use of public insult. Her poems, which she writes mostly on social media, are laden with metaphor, often colourful and sometimes shocking.

An outspoken activist, academic, and poet, Dr. Nyanzi was arrested in November 2018 after she posted a poem on her Facebook page that implied Uganda would be better off if the president had died at birth. She was remanded into custody in Luzira women’s prison in November 2018 where she remained until her release. On 1 August 2019, she was convicted of cyber harassment, and acquitted of the charge of offensive communication. She was sentenced on 2 August to 18 months in prison. The state later appealed against her acquittal on the charge of offensive communication.

The American Bar Association Center for Human Rights, which monitored the trial, concluded that the proceedings were marred by fair trial violations, in particular, the failure to provide the defense with adequate time to call and present witnesses.

PEN International and its Centres around the world campaigned for the release of Dr Nyanzi since her arrest in November 2018 as well as for the charges against her to be dropped in an earlier case from 2017. Her case was featured for PEN’s Day of the Imprisoned Writer in November 2019 and she was awarded the Oxfam Novib/PEN International Award for Freedom of Expression in January 2020.

Dr Stella Nyanzi has announced her intention to run for parliament, as a member of the Forum of Democratic Change (FDC)  opposition party. Find out more here.

Several people including Dr Stella Nyanzi were arrested in Kampala for demonstrating against the slow distribution of government relief food to vulnerable people affected by the COVID-19 induced lockdown. Dr Nyanzi was scheduled to feature in the June 2020 edition of PENning magazine. Scottish PEN will continue to work with PEN Uganda and Dr Nyanzi to feature her writing as soon as possible.  In the meantime we will continue to monitor her situation and offer support where we can.

The High Court overturned the conviction and sentence of Dr. Stella Nyanzi. At a hearing at the High Court in Kololo on 20 February 2020, High Court judge Henry Peter Adonyo overturned Dr. Nyanzi’s conviction and sentence, and called for her immediate release on the basis that the lower court did not have jurisdiction to try the case against her, and due to fair trial violations in relation to her right to a defense. The court also dismissed the state’s appeal on Dr. Nyanzi’s acquittal on charges of offensive communication. Dr. Nyanzi was released the same day after she returned to Luzira prison to sign official release papers.

You can read a Guardian interview with Dr Nyanzi, published weeks after her release here.

For the Day of the Imprisoned Writer 2019, Kirsty Logan has written a letter of solidarity to imprisoned Ugandan academic and writer, Dr Stella Nyanzi.