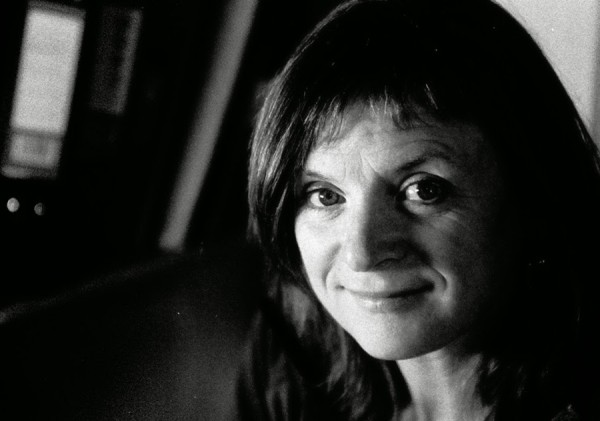 Blog post from Linda Cracknell about PENning magazine from 22 Sept 2013.

Linda Cracknell, a member of the editorial panel of PENning magazine welcomes submissions for the next issue on the theme of Masks. Deadline: 30th September 2013. [Photo | Phil Horey]

Yes, it’s time to get your submissions in again! Do you have something appropriate in a drawer, in a past publication, or are you yearning to write something new? Your theme this time:
Masks.

One of the pleasures of being on the editorial panel of our ‘PENning’ magazine is opening up the submissions to see how the current theme has been interpreted. Since it was launched in 2009, Home, Water, Stars, Journeys, and Steps have been amongst our themes. The magazine provides a showcase for writing by people who have come to live in Scotland from other parts of the world; not necessarily ‘writers’. Their poetry and prose appears alongside selected work from our members; professional writers. So the scope of literary, cultural and linguistic approaches is wide.

Many excellent submissions came winging in for last issue’s theme of Migration. It was unsurprisingly resonant for writers from Scotland’s immigrant communities. First Impressions by Meg de Amasi is a poem in two parts about an African nurse’s arrival in Glasgow ‘clutching her letter of invitation,/the only thing that said “I belong”‘. The newcomer’s first impressions are mixed but she remains quietly generous and open-hearted – a spirit which imbued several of the submissions under consideration. This was not the only time the panel, which included Stewart Conn [link: http://stewartconn.com/ ] as our guest editor, commented on the authenticity of the voice.

Unsurprisingly perhaps given the late Scottish spring, bird migration was a feature of several submissions. In Mandy Haggith’s [link:
http://mandyhaggith.worldforests.org/index.asp ] Immigrants she plays with the idea of birds as Viking marauders, wittily grappling with issues of avian immigration:

‘A horde of Viking birds

descends
to pillage
our rowan trees.

in foreign accents,
feasting
and carousing.

Should we try to

apprehend them?
You say
‘Send them back to Norway!’‘

Each member’s submission was considered anonymously. So it seemed most appropriate that when the names were revealed, a poem by A C Clarke [link:
http://www.poetrypf.co.uk/acclarkebiog.shtml ] was amongst those included in the final selection. Anne instigated PENning and her hard work made it what it is today. With her resignation from the editorial board she, like all Scottish PEN members, was free to submit her work. Her poem, Well, sheds light on the world of the refugee, ‘… a wanderer/ who may never pitch tent/ in the land of your fathers/ nor ever call a place/ truly home.’

And now we are anticipating the next submissions on the theme of ‘Masks’. Multiple identities; carnivals; concealment? I’m looking forward to seeing how it’s seen and penned. And if you have an idea for a great theme for a future issue, please let us know!